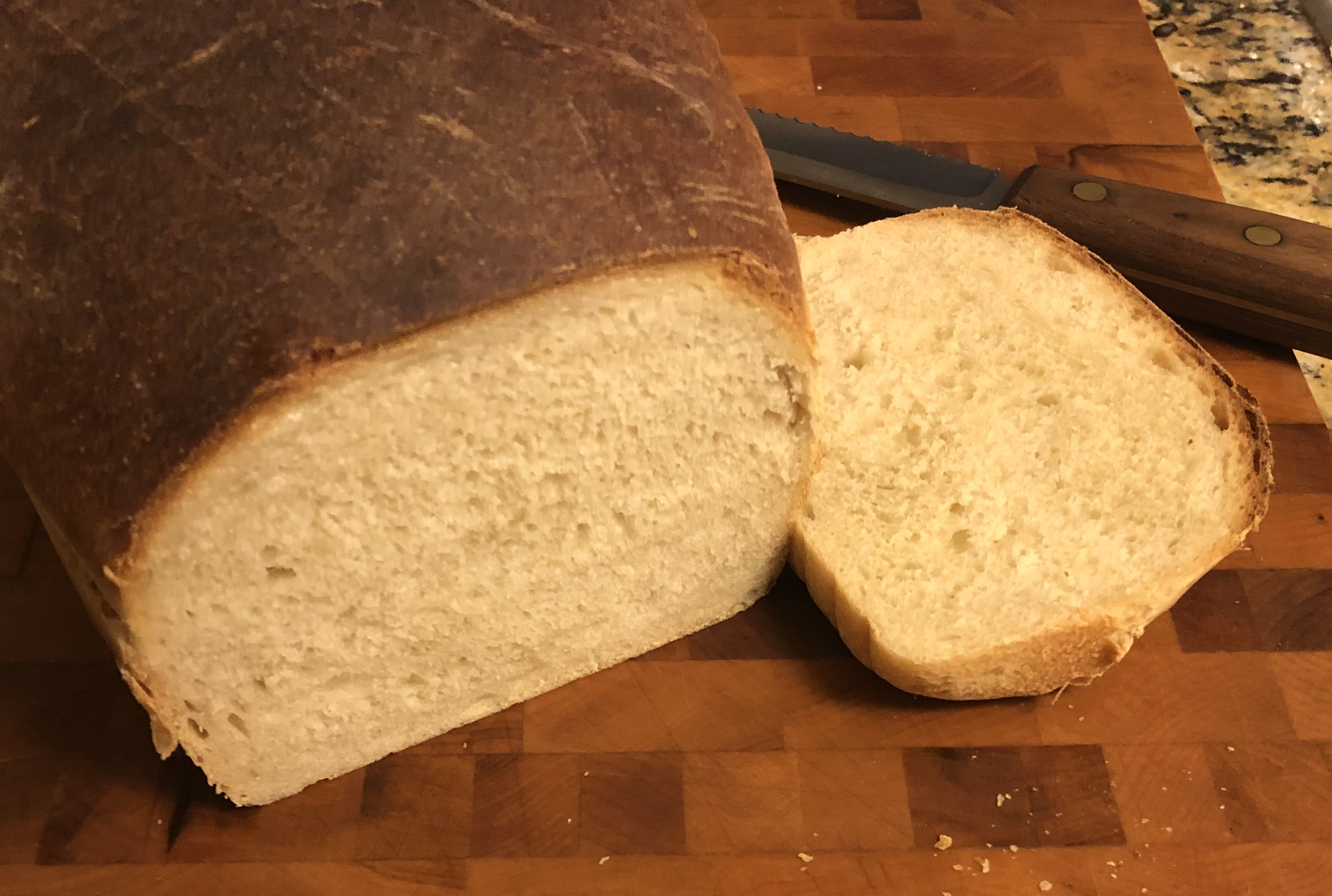 Bread flour has more gluten (the protein that makes bread dough stretchy) but all purpose flour works just fine too. Using the honey gives it a better flavor that sugar does.

While it's rising, I usually cover the bread with Saran wrap (to keep the moisture in) and a towel over that (to keep the warmth in). Some people use a damp towel instead — if you do, make sure your bowl is big enough that the towel won't stick to the bread after it rises.

If your bread has an uneven top like the picture below, or one side looks "blown out", that usually means it wasn't done rising in the pan before you baked it. 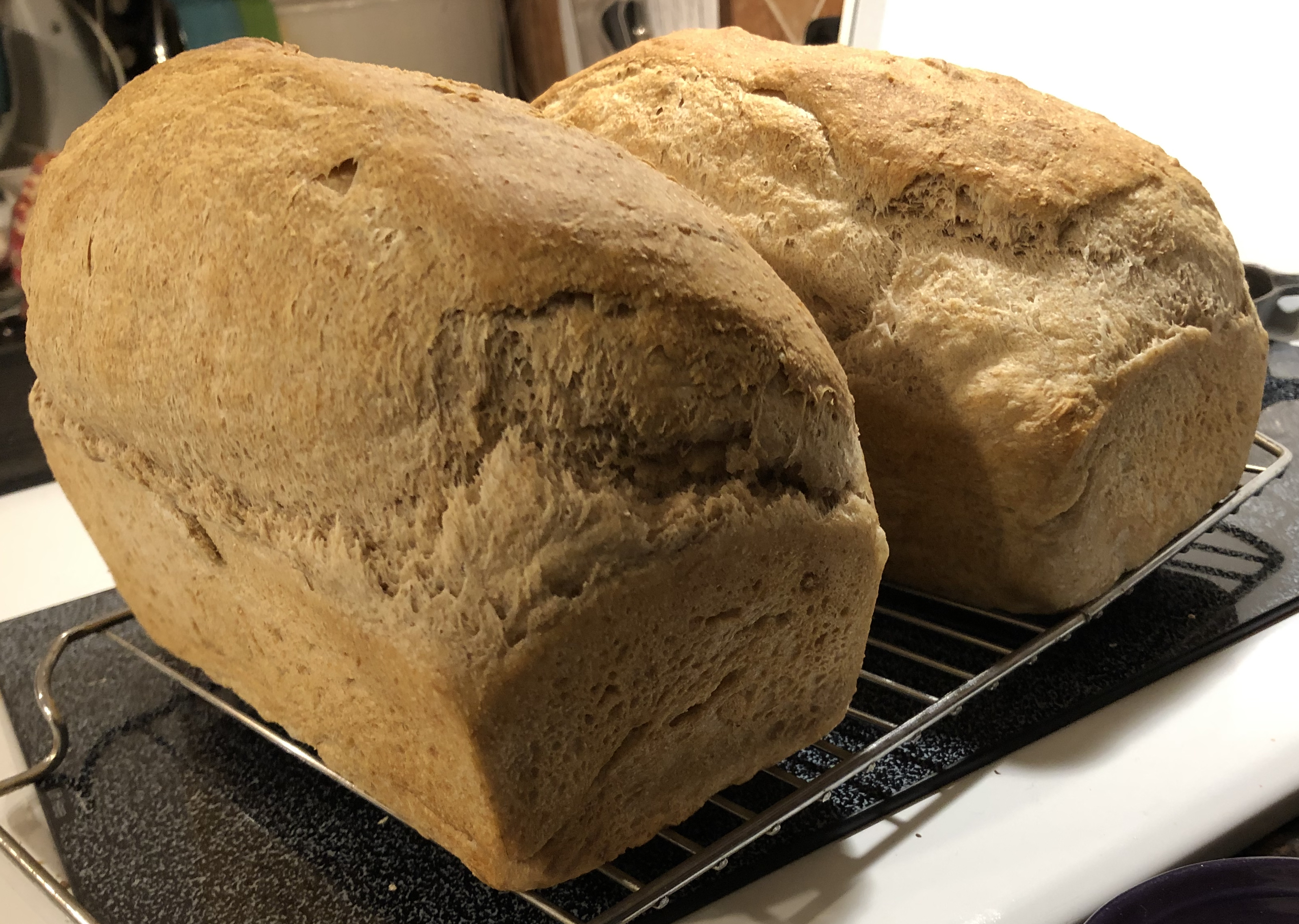